Two adjectives describe my maternal grandmother — or Mama as I called her (because that’s what her children called her) — feisty and loquacious.


I spent a major portion of my early childhood with Mama and Papa (my grandparents) on their little farm in eastern Oklahoma. I was their baby’s baby and they doted on me. It is Mama to whom I owe my love of family history, cooking, and an appreciation of music.

Mama loved to sing as she did her chores around the house or in the garden, and interspersed with the old songs, she’d tell me about when she was girl in Alabama, about coming to Indian Territory in a wagon when she was 15, meeting Papa at a dance where he was the caller and her older brother was a fiddler. On Saturdays when we went “to town” to buy groceries and shop, she’d visit with old friends and family members and talk about the “old days” and catch up about everyone’s families, their health and welfare. I was quiet child, listened well, took it all in, not knowing that someday I would write so much about my families or how important all this would be to my genealogical pursuits.

When her brothers and sisters came to visit her, they usually brought their fiddles and mouth organs (harmonicas) and the music and songs would fill the air as they sat on the front porch, often spilling out into the yard under the big locust and walnut trees. How they could sing and play — bluegrass, gospel, country, hillbilly — and wonderful old-time songs like “She’ll be coming 'round the mountain.” My favorite verse was about “killing the old red rooster and having chicken and dumpling.”

One of her brothers was a preacher and when he came to visit they’d play and sing the old Gospel tunes like “Life’s Like a Mountain Railroad” and “In the Sweet Bye and Bye.” Mama had what was called “perfect (or absolute) pitch” and a beautiful alto voice and oh, how she and her siblings could harmonize. She amazed me with her ability to play almost any musical instrument — all by “ear.” I wish she had passed that gene to me.


My Mother, like so many young moms, was usually too busy to let me “help” with chores. I was not the most coordinated kid in the county. But Mama had plenty of time and patience. She and I would sit at the kitchen table and shell pecans and smash walnuts, picking out the meats for cakes and pies. We gathered eggs, took care of the chickens; hoed and pulled the weeds in the garden and picked the lettuce, carrots, corn, cabbage, radishes, onions, and cucumbers. As they ripened, we’d pick blackberries, grapes, plums, apples, peaches and apricots and she taught me how to make jellies and jams.

Mama arrived in Indian Territory as a teenager in 1894 with her parents, siblings and three other wagon loads of her father’s brothers and their families. Over and over I heard the story of how they crossed the mighty Mississippi River on a ferry and in the hustle and bustle of getting all the wagons and everyone across, they left her puppy on the eastern side and couldn’t go back to find him and how she and her sisters cried “all the way to Indian Territory.”

Mama was 5’3” with auburn hair and it was thick and coarse, so coarse she said it was like a “horse’s tail.” And she used a large comb that she called a “cornstalk” to untangle her mane. Of all the family treasures, I wish I had that comb, but Mama died while I was in Germany and by the time I returned to Oklahoma no one knew what had happened to it.

At 16 she had gone to work at Bacone College, the local Indian school, in the laundry department. She prided herself on being a good worker and she was, but she always preferred the work outdoors to indoor house work. Her yard and flowerbeds were beautifully kept and her garden was something to behold. She kept the house “respectably clean” but frequent dusting, mopping and window cleaning were not at the top of her priorities. The kitchen was immaculate, but it might take a while to find something in it as she suffered from a disorder she passed on to me — the organizationally impaired gene.

She met Papa at a dance soon after they came to Indian Territory and they were married when she was 20, although she had wanted to wait until she was 21 she told me. He towered one-foot and one-inch above her, but what a team they made as they worked hard on a farm and reared seven of eight children to adulthood.

I’m so glad she took me with her to the cemeteries to visit the graves of her parents and siblings and told me about stories about them. She imbued in me an appreciation of family history and made my childhood rich beyond measure. I know someday I’ll see my Mama again — “in the sweet bye and bye.” 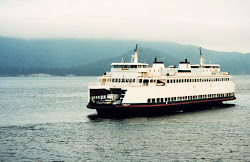